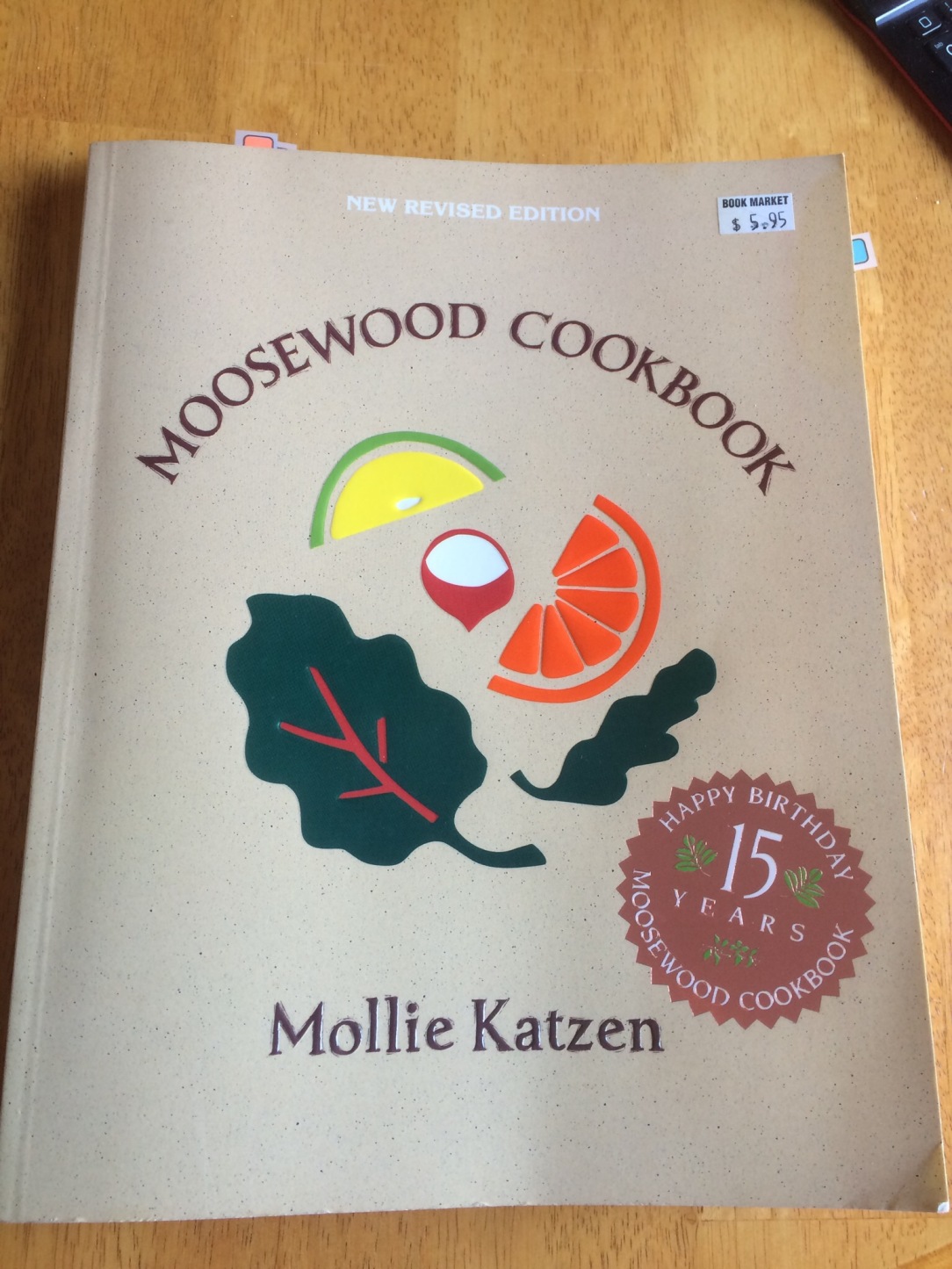 Nothing New Under The Sun

By contentendedkitchen in cooking, musing, Uncategorized on April 10, 2016August 11, 2016
3 comments

My very first job was washing dishes at a summer camp.  $10.50 per day plus food and lodging.

My second job was at Burger King.  I lasted two weeks, fast food was not my calling and neither were the uniforms.

My third job was as a cashier in a grocery store.  I liked the fast pace and the challenge of seeing how many orders I could check through in a day, how much money my till could take in, and whether my average time was faster than anyone else’s.  I also liked having mini conversations with different customers and got to know a few repeat ones.  That being said, my boss, although I’m sure she was lovely, terrified me because she was no nonsense and boss like.  I was 17 and shy. She was grey haired and formidable.  I almost missed my prom because I was afraid to ask for the night off.  Which was of course silly, but as I said, I was shy.  I did get the night off, but my date fell through.  That’s another story which had a just fine ending because I made it to prom the next year so we are all good.  Regardless, after about ten months at the grocery store I went on to my fourth job, which was awesome.

My fourth job was a) in the mall and b) in my favourite book store.  Hello!  I got to take home and read any book I wanted to so long as I returned it in excellent condition.  I had access to the big catalogue which was really some very large volumes listing every book in print that could be ordered.  Think Amazon.com on paper.  Fun job with fun and quirky people, and I learned lots about lots of different things.  It was like working in the Internet.

So, one of our jobs when it was quiet was to pull off inventory to make room for new.  If a book had been sitting too long, it was pulled.  The covers were ripped off and returned to the supplier for credit, and the rest of the book went into the trash with the cardboard recycling.  We were forbidden to take these books home in case you were wondering.  They were all destroyed.  It hurt me a little at first to see this happen but you get over it after a while.

We had regulars too, a couple of customers who would buy their sci-if books and return them in good condition a week or so later.  They looked like their budgets were tight so I figured that they couldn’t afford to keep the books and were using us as a library.  Lots of older women buying Harlequin romance novels, lots of teenagers buying Isaac Asimov or Piers Anthony books.  There was a young man, who would come in once a month, always well dressed and polite, he’d loiter at the back of the store until it was two minutes to closing and everyone was gone and then he’d quickly grab the latest issue of Playgirl magazine, pay for it and pretty much run away.  Now that I’m much, much older I recognize that in those days, in that city, at that time, it took a lot of courage for him to risk doing something openly gay when he obviously wasn’t ready to be open.  I’ve often thought of him over the years and wondered if he found his place in the world.

So while I worked there, we also kept sections of books that I always figured I have on my shelves later in life.  How to manuals for everything from gardening to car repair and home maintenance.  I’m from a generation that was raised to buy sturdy things and fix them when they broke down.  Of course I was going to need to know how to install light fixtures and mix cement, eventually.  There was also a brilliant shelf of cookbooks, the ones I was going to buy when I had my own house with my own kitchen.  An entire book on cheesecakes, another on bread, and all other manner of deliciousness.

The irony of course was that at home I was privy to some pretty awesome meals prepared by my mom, which now I would give me right arm to come home to any night of the week ever, but when you are 18 and chomping at the bit to make your mark on the world, it’s only appropriate to be disdainful of all things holding you back from being free, including your mother’s roast beef with Yorkshire pudding and home made gravy.  And the little tiny peas swimming in buttery goodness.  Who wouldn’t want to run away from that?

So there was this one cookbook that I knew I was going to buy, the ultimate break in tradition because it was so delightfully foreign.  The Moosewood Cookbook.  An entire cookbook devoted to vegetarian fare.  Imagine.

Up until that time I had only ever known of two people to be completely vegetarian.  The first was a friend from high school, whose dietary preferences were just one of many ways he asserted his individuality.  He was a vegetarian, he designed and sewed his own clothes, cut his own hair, slept on the floor, and listened almost exclusively to David Bowie. A very foreign creature indeed for a small town.  He was also brutally funny, and responsible for probably many of my happiest memories in high school.  We took drivers ed together, we hung out at the mall, and kept herbal tea in our lockers to drink during spares.  Man, I hope he found his place in the world too.

The second was by reputation only, my parents would whisper about the neighbors son who “turned vegetarian” and ended up in the hospital because he didn’t eat the right things.  I have no idea what that could have meant in the early to mid 80’s, but it was a sensational story to me at the time.

Now I did indeed have my expected bit of rebellion when I was fifteen and pronounced that I was going to be a vegetarian.  I lasted 6 months and fifteen lost pounds, surviving Thanksgiving and eating a whole lot of bran muffins with orange juice for breakfast.  And lunch.  Probably why I lost fifteen pounds.  I caved in when I was given the choice of honey garlic spareribs over white rice, or just the white rice and some carrots.  I won’t lie, it was delicious and this is why to this day I never really got fully back around to vegetarianism.  Burgers and ribs and BBQ and, just, yum.

I never got around to procuring myself a copy of the Moosewood Cookbook, athough I have picked up a few other vegetarian cookbooks over the years.  No one book was ever a home run for me because it always called for ingredients that I didn’t typically stock or find easily.  Like mung beans, umeboshi vinegar, buckwheat flour and flax oil.  Not convenient ingredients.  These days I typically rely on the Internet and Pinterest to find good recipes, and there are some good vegetarian recipes I’m finding.  I do have quinoa around and there are lots of good veggie lasagna recipes, and pasta, and soups and chilis.  Good food that is satisfying, and I am always looking to add to my repertoire as I’m convinced that the more our food industry relies on, well, industry, the better a plain old salad and vegetable bean stew become smart choices.

Of late, we’ve also been digging into the vegetarian repertoire because my son has a friend who joins us for dinner many evenings a week.  He’s been vegetarian for years and I want to make sure that he leaves our table with after enjoying a nutrient dense meal.  Pastas, soups and curries over quinoa have all been home runs.  This past week we received an added bonus, a friend has passed along an old copy of the Moosewood Cookbook, that has actually been revised since the last time I laid eyes on it.  The “New Revised Edition” dated 1992 is 24 years old and right on time for being useful in my world.

The most exotic ingredients I’ve seen are “brown rice” and “ground coriander if you can find it”.  Things already in my cupboard that were maybe exotic in 1992 but well past becoming staples in my 2016 home.  I got some sticky flags and let my trio of teenagers have a look and pick out the recipes they want to try.  Yesterday we made samosas and dipping sauce, today it was Ukrainian lemon poppyseed cake.  Tomorrow it will be vegetable stew. 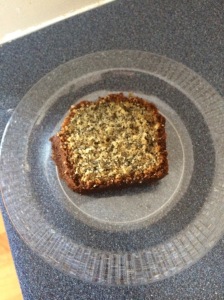 Twenty years ago I might have bought this book only to let it collect dust on my shelf, today despite the fact it’s technically a literary relic, it’s actually timely, practical, and quite easy to work with.  Perhaps there will be some recipe posts in the future.

Sometimes things have to come full circle before they are appreciated, like this cookbook, Billy Joel’s greatest hits vol I and II circa 1985, leg warmers, and SNL (still waiting for that one).

I hope you all have a great week.

3 comments on “Nothing New Under The Sun”